Financial Compensation After Injuries or Crimes

Compensation After an Injury or Crime – Business Liability

Under Pennsylvania law, businesses can be held liable for injuries that happen on the premises of the business. This legal principle applies to restaurants, retail stores, hotels, malls, and even landlords. Tenants, customers, guests, etc., can file financial compensation claims for physical and mental injuries from an accident, mishap or criminal conduct like a shooting or assault. The key is proving foreseeability, i.e., that the business knew or should have known about the problem.

Example: There’s been several shootings at a nightclub in Philadelphia. Members of competing groups drink heavily at the bar and then get into arguments. On 4 separate incidents, members from each group have discharged firearms. So far, no one has been hurt. However, rather than preventing members of the group from entering the club, the nightclub does absolutely nothing. If, in a subsequent episode, a bystander is shot, the club could be held liable for the criminal conduct of the customer. That’s because it knew about the problem but failed to take any appropriate action.

The stronger the evidence, the greater the chances of success in obtaining financial compensation. A weak case on the merits negatively impacts the odds of success. Hiring the right injury lawyer is key.

Types of Claims for Damages

Non-economic damages means pain and suffering, the physical pain and mental anguish or trauma caused by an injury or event. These types of claims are not proven with bills or financial loss statements. Rather, they are proven through testimonial evidence of the plaintiff, and in some cases, the plaintiff’s family members, friends and/or co-workers. In order to present a thorough claim for pain and suffering, it’s important to show how the injuries, treatment and symptoms affected the individual’s ability to lead their normal, usual life. This includes showing how an injury affected the home and work life and the ability to engage in hobbies. 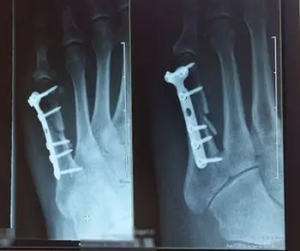 Because everyone is unique, injuries will affect people differently. The same injury can result in different outcomes. For example, a broken ankle that resulted in surgery might cause a construction worker to lose significant time from work, which in turn causes severe anxiety and depression. He eventually loses his job and has to move in with a family member. The same injury might be significantly less disruptive and distressful for someone who heals quickly and doesn’t lose any time from work because they work from home. Even though these two individuals sustained the same injury, their pain and suffering damages claim would be vastly different. The construction worker’s pain and suffering claim would be greater.

Those injured due to criminal activity, such as a robbery, assault or shooting, often have complex pain and suffering claims. That’s because the mental trauma resulting from a crime is often long-lasting and can be debilitating. This is especially true in sexual assaults or cases which result in severe physical injuries. Victims in these situations can often make significant pain and suffering claims for financial compensation.

Compensation for Past and Future Losses

It’s important to note that injured individuals can make claims for both past and future economic and non-economic losses. However, future economic or non-economic losses must be proven and are typically reserved for major injury cases. Medical evidence is required to establish the likelihood of future medical or psychological treatment. To the extent there is permanent damage, scarring or disfigurement, medical evidence would need to establish that the condition is permanent or expected to worsen over time.

For example, in a case where the injury results in severe scarring due to the injury itself and multiple surgeries, a doctor could provide a written statement that the scarring is severe and due to its location, over a joint, is likely to worsen over time such that surgery to remove scar tissue is medically and reasonably likely. In this instance, the individual could present a claim for future medical treatment and future pain and suffering.

Loss of Consortium Claims for Spouses

Pennsylvania law allows a piggy back claim known as a loss of consortium claim which is available to the spouse of an injured individual. It is entirely dependent on the claim of the injured spouse and compensates the uninjured spouse for negative changes in the marital relationship that occur as a result of an injury or accident. This includes loss of companionship, marital relationship, etc.

Insurance Policies as a Source of Financial Compensation

Most plaintiffs in an injury lawsuit don’t know that financial compensation often comes via an insurance policy issued to the negligent party/business. In most cases, businesses such as restaurants, retail stores, landlords, etc., obtain commercial business insurance policies which cover them in the event of an accident or injury. Oftentimes, the policy limits are in excess of $1 million. In complex cases, where multiple parties are liable, proceeds will be available under separate insurance policies.

Our law firm represents those injured due to negligent conduct of a business, including slip and falls, criminal conduct, etc. Contact us for a FREE consultation at (215) 985-0777.