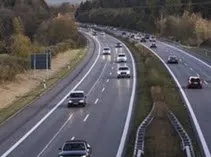 UIM and UM coverage is probably the most important type of car insurance coverage in Pennsylvania. Having UIM/UM coverage provides an additional layer of protection in the event of a car, truck or pedestrian accident that results in serious injuries. Essentially, this type of coverage protects you and members of your household from the negligence and financial irresponsibility of other drivers on the road.

UIM/underinsured motorist coverage applies to car, truck or pedestrian accidents where the at-fault driver didn’t have enough car insurance coverage to compensate you (or a member of your household), i.e., the negligent driver was underinsured.

If you have this type of coverage on your policy, you can make a claim against the negligent driver for up to the limits on their car insurance policy. In addition, you’d be able to make a claim under YOUR OWN policy for the UIM benefits, up to the amount you purchased.

UM/uninsured motorist coverage applies to auto accidents where the at-fault driver didn’t have any insurance at all, i.e., a hit and run driver where the driver is never found or a driver who didn’t have their own car insurance policy and used another person’s car without permission. In the latter situation, the owner’s car insurance policy wouldn’t apply because the driver who caused the accident didn’t have the owner’s permission to drive their car. Therefore, the negligent driver is considered uninsured.

When & How Does UIM/UM Apply?

There tends to be a little confusion as to when and how UIM/UM coverage applies when a car accident is caused by another driver. Most people injured in car accidents that are caused by other parties usually assume that their injuries and damages get paid by the negligent parties. That’s true, up to a certain point.

PA car insurance law requires every owner of a car registered in this state to purchase car insurance that provides, at a minimum, bodily injury liability coverage of at least $15,000. There are other types of car insurance coverages that are required on every policy, such as PIP (Personal Injury Protection), which won’t be discussed here.

Example: Driver A is t-boned by Driver B, who ran a red light. Driver A sustains serious injuries and damages. Because Driver B is 100% negligent for the accident, Driver A can make a claim for up to the amount of Driver B’s bodily injury liability coverage on Driver B’s car insurance policy, which is provided by Auto Insurance Company C. Once the claim is resolved/settled, which may require a car accident lawsuit, Auto Insurance Company C issues a check to Driver A.

When UIM/UM Coverage Comes into Play

Let’s say that Driver B has a minimum limits policy, $15,000 of bodily injury liability coverage and Driver A’s injuries, financial losses and pain and suffering exceeds the $15,000 limit. Assuming that Driver A has UIM coverage, Driver A can make a claim for UIM benefits under their own policy.

Let’s tweak the example a bit. Driver B has a car insurance policy with $200,000 of bodily injury coverage. Whether Driver A gets to make a UIM claim depends on whether Driver A’s injuries and damages exceed $200,000, the limits of the at-fault driver’s bodily injury liability coverage. If they do, then Driver A can make a UIM claim. If not, Driver A’s claim is limited to Driver B.

Click the link for more legal info on car accident cases in PA.

Our law firm handles UIM and UM claims across the Philadelphia area including the immediate suburbs. Firm founder and partner Jordan Namerow is rated as a Top Personal Injury Lawyer by multiple organizations and has handled numerous auto injury cases. Most recently, he handled an auto injury claim involving a bodily injury and UIM claim and obtained the maximum available under each policy.